The Corona Virus and it’s affect on Printer Cartridge Sales 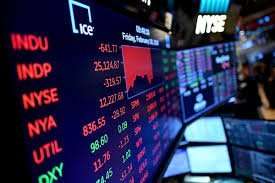 The Corona virus is certainly causing chaos around the globe and it’s also affecting the import and export industries. At the present time products such as printer cartridges are being delayed by up to 6 weeks as Chinese manufacturers are affected by the virus.

Many of the Chinese companies are sending out emails trying to re-affirm that all is alright however many workers have already been affected by the virus. Even in Australia the customs Dept seems to be running very slowly.

Will there be a shortage in products entering Australia? Currently things seem to still be moving along okay however if the virus spreads then anything is possible.

It has certainly been clear that many folks are stocking up on various items including ink cartridges just in case there is a shortage. With the rate of inflation going through the roof and also the Aussie dollar dropping small business is struggling. I certainly don’t believe that Morrison’s “Cash Splash” will have any lasting affects on the Australian economy.

Even before the Corona Virus hit the world economy was struggling, the virus has simply made it that much worse. Currently in Australia the massive investment in infrastructure has helped to keep the economy ticking over. The real problems will occur once all of these projects come to an end and we are left with a massive debt to repay.

My advice to fellow business owners both in the print consumables or other areas is to reduce your debts to absolute minimum. We are heading into tough times and the best way to stay afloat is to NOT overspend. Even if the Pandemic was to end in a very short time the affects to an already sinking economy will not be good at all.

If you are interested in having a better listen about the affects of the Corona Virus on our economy then have a look at the following video: